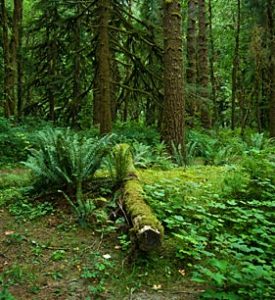 Nature recycles fallen trees by way of decay, breaking them down into reusable nutrients. Bacteria, fungi, and insects devour dead trees that can no longer resist. The very things that the tree defended against when alive are responsible for the tree’s decay. Seeds in the nutrient-rich soil benefit from their ancestor’s slow burial, the tree’s growth-giving death.

From dust we rise, and to dust we will all return.  But this death is not without benefit to others.

God formed man from the dust of the earth. At some point we all die, returning to the earth. But the Bible also speaks of another death – one we are to choose daily, a death to our selfishness and falseness. It is this death – this chosen death to self – that enables us to leave a legacy, to leave this earth nutrient-rich. It is a death that no longer resists. It is the moment-by-moment choice to stop fighting against the very things that God allows to eat away at us so that our mini-deaths can give life to others.  This is, in my opinion, the most challenging and excruciating death.

I’m talking about the decay of suffering, failure, doubt and struggles, and even sin itself. These type things — and many others we’d rather avoid — God can use to humble us. Humus is an organic portion of the soil formed by decomposing plants and trees, and it’s a word that forms the root of humility. Never are we better positioned to give life to others than by humbly seeping back into the soil.

Philippians 2:8 says that Jesus humbled himself by becoming obedient to death, even death on a cross. He endured a humiliating and vulnerable posture, stripped bare, arms outstretched.  He died on a tree for our fallenness. He descended into the soil for three days.  A life-giving death.

I look around me and note the ways that seeds need me to carry my cross and die to self.  Their sprouting could benefit from my humus.  Yet I am still resisting.  Will I allow the many things that eat away at me to become fertile soil where others can grow?